Home > News > News from France > French president’s speech on the occasion of the International Francophonie (...) 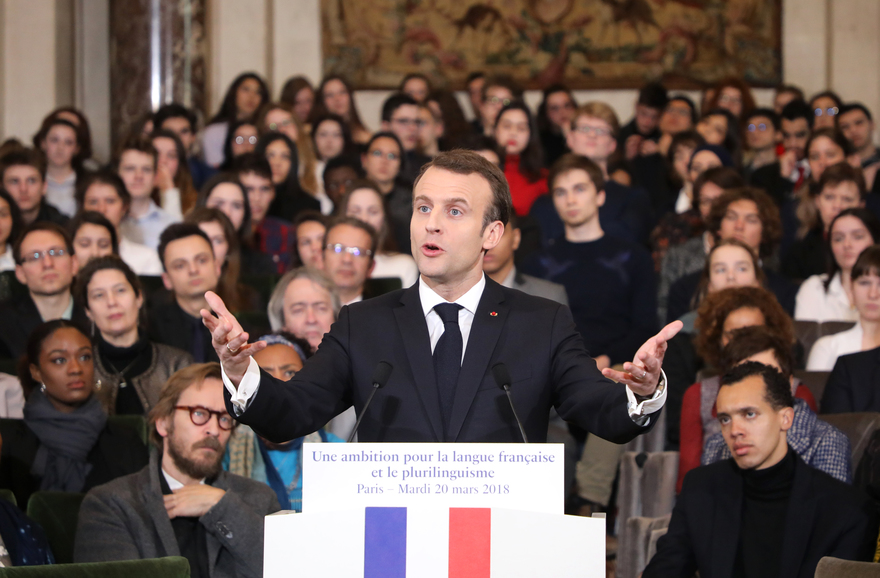 In an hour-long speech at the Academie Francaise to mark International Francophonie Day, France’s president, Emmanuel Macron, unveiled his strategy to promote French around the world.

Macron hailed French as a “language of freedom” as he set out plans to increase French teaching and double the number of students in French schools abroad. French, he said, had "liberated itself from France" to become a "world language".

Download Macron’s full speech on the occasion of the International Francophonie Day (in French) (PDF - 256.8 kb)