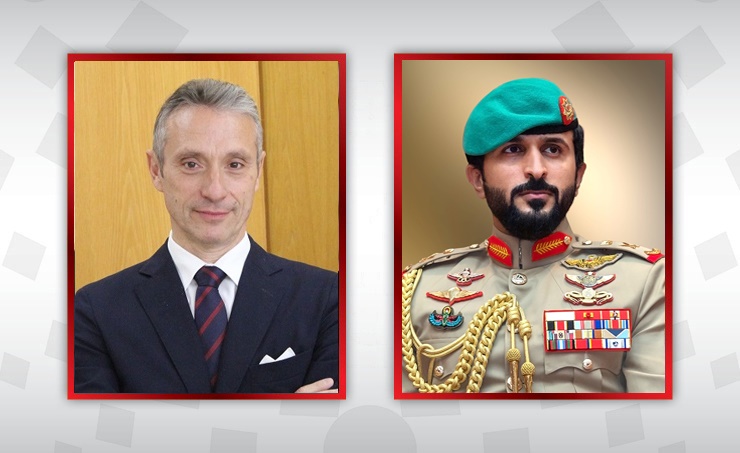 During this meeting, the Ambassador of the Republic of France expressed his gratitude to the Kingdom of Bahrain and his willingness to strengthen relations with France and increase the volume of cooperation in various fields.

His Highness Sheikh Nasser bin Hamad Al Khalifa stressed the importance of the great development at the level of bilateral relations between the Kingdom of Bahrain and the Ambassador of the Republic of France, which has contributed to opening more areas of joint cooperation between the two friendly countries, congratulating His Highness on the joint levels of cooperation and coordination achieved by the relations between the two countries, which has contributed to strengthening cooperation frameworks at various levels.