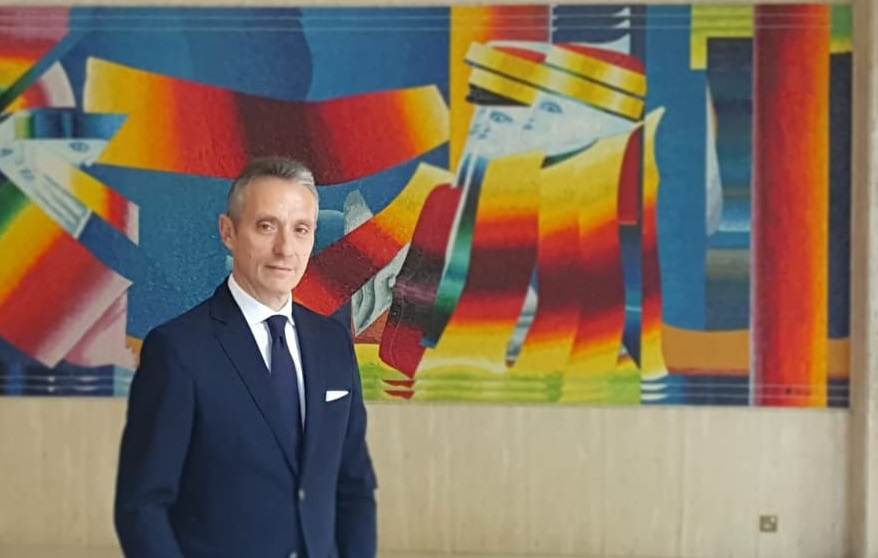 He joined the Directorate of Personnel and General Administration at the Ministry of Foreign Affairs in 1987 and then joined the Protocol in 1989, where he served for 4 years, three of which at the Presidency.

In 1993, he worked for 5 months in Jordan within an administration as part of an exchange and joined the French Embassy in Syria, as second and then first Secretary, in charge of press office and home policy.

From 1997 to 2001, he is appointed as Deputy Spokesman with the Management of Communication and Information within the Ministry of Foreign Affairs (with the Press Office), in charge of media relation concerning the Arab world, Africa and budgetary matters.

From 2001 to 2005, he is successively First Counsellor in Romania and Serbia.

M. Jérôme Cauchard is then appointed diplomatic advisor to the Cabinet of the President of the Senate until 2008.

He is then appointed General Consul of France in Toronto, where he stayed from 2008 to 2012, date of his affectation as First Counsellor at the French Embassy in Beirut.

From October 2015 to September 2019, he returned back to Protocol as deputy director and co-director of State Protocol, supervising with the Chief of Protocol, the preparation and organization of the international diplomatic events in France (such as COP 21 in 2015, ceremonies commemorating the hundredth anniversary of WWI armistice in November 11th, 2018, or the G7 summit in Biarritz in 2019) He also organized trips abroad of successive Prime Ministers.

M. Jérôme Cauchard took office as Ambassador Extraordinary and Plenipotentiary of French Republic in the Kingdom of Bahrain on October 1st, 2019.

He is married and has two daughters.